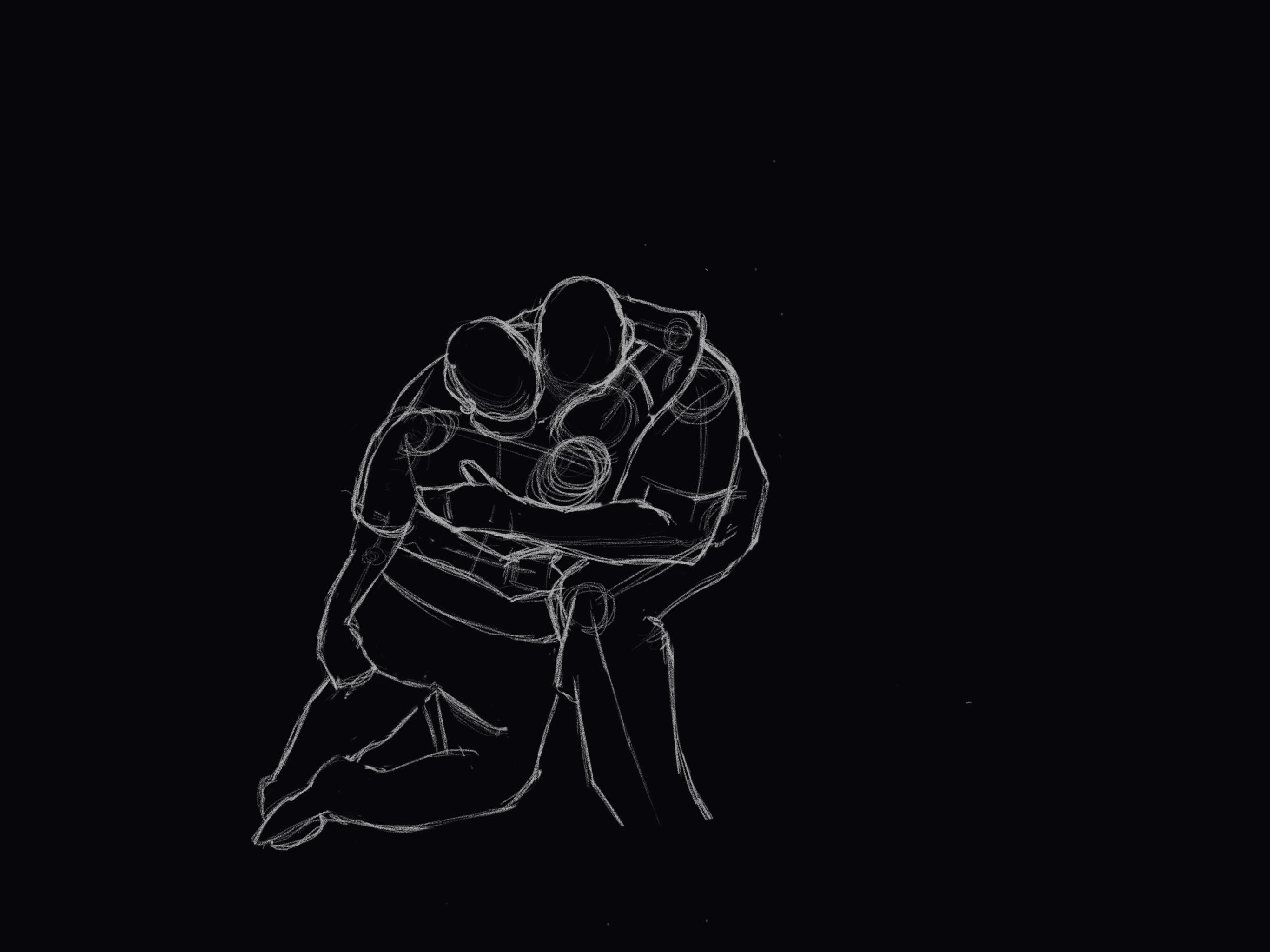 If you asked me when I first noticed having synesthesia I’d probably have said middle school. I’ve had chronic insomnia my whole life and just got a radio, (with headphones) in my room. It was the first time I could choose what music I listened to. I started with pop, of course, closed my eyes and attempted to sleep. Instead the music flowed over me booming, crackling, ringing, lingering in my body, and with my eyes closed I became aware that each sounds had a feeling to it. A color with a effect on my body. I thought I was going crazy.

I quickly became addicted. I needed more music. I switched to classical, since I’d heard it was supposed to be soothing….Instead was bombarded with beautiful colors and this feeling of chills and breathlessness, mixed with heavy gravity. It reminded me of those old screen savers and how they would annoy me because it’s didn’t fit the music, but was the closest to the sensations I was feeling. I’d watch them for hours. It reminded me of the chills I got when listening to concert bands, and orchestras and the singing harmonies of choir, and kaleidoscope of color blending but maintaining it’s own color.

I’d never liked metal. It sounded loud and mostly black and purple to me. Could this new power help me like this? Over a few weeks I listened. At first I hated it, it was overwhelmingly dark. Like a painting covered in layers of black. In time though, my “eyes” adjusted, and I could see the subtle textures I missed before. The many shades between the black and the muted shades of color. (Turns out I have partial color blindness and can’t distinguish colors at certain saturations, even in my own mind) Chills, and ripples ran over my body, hot, but filling me with energy. I had to move.

At this point in my life I was still sure I’d never dance again. So, I told now one as I flailed around my room at 3 am, excitedly changing the station, to anything everything, I, was addicted to music.

Years later I’m not sure how I missed it. Or, if I just never thought anything of it. All sounds made me want to move, to take the experience out of my head and into the world. i never stopped moving, and I’d loved musical instrument, touching them to experience the notes.But, I’d never dance again….

Spoiler, I danced again. I dance a lot.

A very long story short I came back to dance in college and quickly fell in love, even with my deep seated fear around dancing. I was getting lost in the music and the partnership. Combined It was overwhelming, moving and deeply healing. I heard that it was normal for new people and assumed I just really liked music. i assumed it would fade in time. Eventually I started solo dancing, based on my experiences in middle school. I wasn’t really sure where to start so I focused on letting myself experience and move as the music was telling me to. I tried to to allow the feeling and color of the sounds to express in my body, however it came out.

It was deeply freeing and yet, terrifying. I felt adrift in sounds. I was falling into rhythm and feelings and stories, everything humming and buzzing. Now a days it’s not as overwhelming. It hasn’t gone away but more, I can decide to focus on it or not. I can’t work on writing with new music still because the draw is too strong to dive into the experience. Even with music I know very well, I often feel a draw to start dancing or moving or just experiencing the levels of music.

So how does this work today

Now that I’ve had a few years of dance, I LOVE dancing solo because I feel like I can really explore the music in the way I hear it. Although I still love dancing with others, the negotiation of what I’m hearing/feeling vs their experience is just really different. Now when I’m feeling anxious at events or practicing I let go and sink into the music.

It feels like I’m painting with sounds. I’m flowing or allowing the textures of sounds to ripple through my body. I don’t “see” anything but have a felt sense of what each sounds, layer and note feels like and where it lies in space. Silence feels like breath and bass rumbles under my toes, in my lungs and onto my exhaling breath and strained muscles, until release. Notes linger and echo, stretching from fingertip to finger tip, rolling like thunder over my skin. Piano rain falls from my finger tips and toes. Highhat tingles gold(often, depending on a few things) ringing, ringing, sharp.

The space around me is the canvas and I am the brush and the paint. With every muscle I can control the way the paint lays and the textures that come across. I breath emotion into the resonance from my soul. Expanding the experience to something outside my own body.

I’m often asked about my dancing and how is it so connected to the music. This is it. My training as a dancer has always been to better express or control the sensations I feel in my body. Things like polyrhythms just means I’m able to express several layers of music at the same time. Tone control, lets me reflect the pastel or saturation of sounds. Balance, the flowing of notes. Gravity, the lightness or groundedness of sound.

I’m excited to be working on a class or two exploring this for people who don’t experience music the same way I do. The depth of music, of feeling, of color and movement that people can’t hear is always shocking to me. The exciting thing is that I think it’s possible to train at least a type of awareness around this. Dancing becomes so much richer when the music is alive and moving you rather than flat and dead.

I created a strange seemingly incoherent playlist filled with sounds that either were deeply impactful, moving or simply unique for synesthesia.